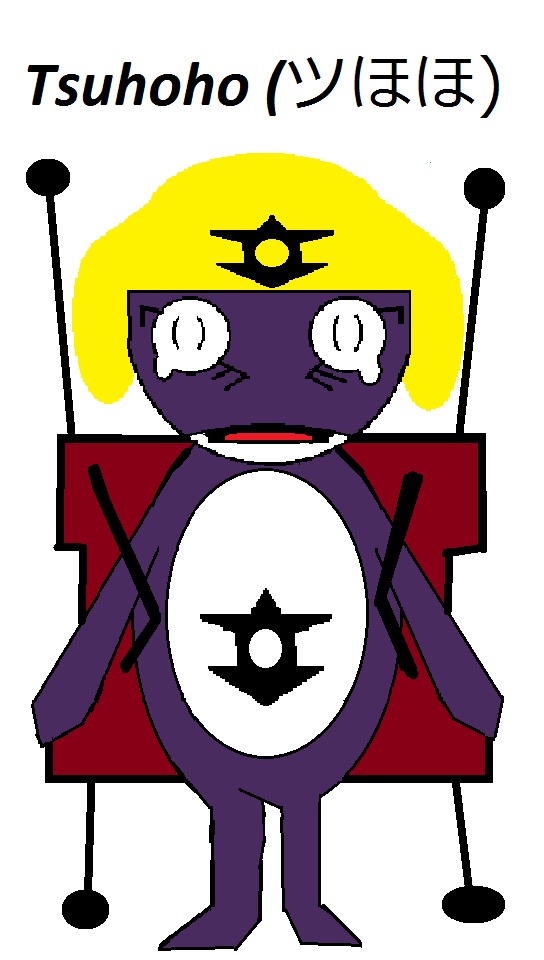 has one, if not more forms of O.C.D. loves to cook and a genuis (not like kururu! as tsuhoho has a knack for being tactical and 3 steps ahead of everyone else) one of his faults/weakness is he sucks (thats righ SUCKS) at grammer and spelling (both english and japapese)

(will edit this page later PROMISE or i will conquer pekopon)

even though he is a brilliant tactician he sucks at chess

he is an ametuer mixed marital artist (tae kwon do, muay thai, ken-po, jujutsu, strret, weaponizer and his own style which he is still working on . . .)

his backback is a rare custom on for surveying the land and combat the attentas help dectect stuff and shhots lasers allows him to fly/levitate (generates a pulpusion in a downward, foward left and right motion)

and have alot of sneaky tricks

he hates to be interrupted, loves ramen and mexican food he has insomaania therefore he has markings arounds his eyse and allways have a tired look

he considers that you can win at "rock paper scissors" 66.66% of the time

drinks engergy drinks like crazy (cherry-limedade is his favorite)

more will be added later

Retrieved from "https://keroro-gunso-orikero.fandom.com/wiki/Tsuhoho?oldid=8461"
Community content is available under CC-BY-SA unless otherwise noted.